A decade with iPad – from toys to tools 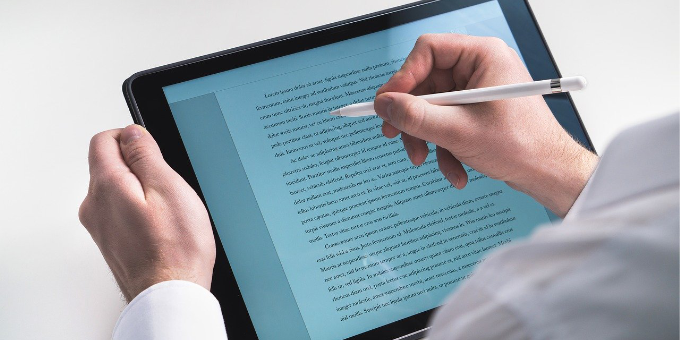 On January 27, 2010 Steve Jobs took the stage and presented a tablet computer that was to replace the PC. This vision, which Steve Jobs had at that time, has not yet come to pass – however, the iPad is now an indispensable part of everyday work. Even then, the reactions to the tablet were different. While the media attracted a lot of attention, there were also many critical voices.

Steve Jobs biographer, Walter Isaacson later also described the day of the iPad launch as the frustration that Jobs showed afterwards. At the time, he could not understand that many of the reactions were primarily about things that people lacked. For example, it was complained that there was no USB cable. For Steve Jobs it was incomprehensible why people missed something on this device. However, frustration quickly turned into a good mood when the iPad went on sale and a million iPads were sold in less than a month. A huge success that even overshadowed the iPhone’s sales.

Initially, the iPad was used rather privately. The users were enthusiastic about the long battery life and publishers saw it as the ideal platform for digital newspapers and magazines. Games were also very popular on the tablet – as were the first productivity apps that turned the iPad into a personal digital assistant. When the sales figures for the device peaked at around 70 million in 2013, it was again hoped that a tablet could actually displace the PC, but that did not happen. As a result, sales fell again. One of the main reasons is that the device lasts a long time and does not have to be replaced as often as a smartphone.

To date, sales have not come close to the figures at that time, but that is not necessary either. Despite everything, the iPad is a helper that many people cannot imagine life without. In private use it becomes a second screen and is used for couch surfing and for the consumption of various media – professionally it has become so powerful with the iPad Pro that many jobs today really do not require a computer anymore. What Steve Jobs never expected and planned, however: The Apple Pencil has also become extremely popular and, together with the iPad Pro, has become a useful tool, particularly in the professional environment, which makes many jobs easier.

It will be shown how the tablet and PC market will develop in the next few years or whether something completely new will come, bringing us more advantages. Until then, both devices can coexist well and have their authorization!

About Redaktion
Browser extensions are increasingly being put to the test   New dating offer for Switzerland!